(Please note this post is brought to you by Drinkwise, however the story, opinions and everything else is all mine. Monts)

Every year the town I grew up in held a big festival. It was so awesome. It had rides, food stalls, live acts and two years in a row the Badloves played. Yes, the BADLOVES. Don’t be jealous. Hang on, actually you should be because it was AMAZING. It started a long road of Badloves obsession for me and because they lived in the next town it was super easy access for stalker walk-by’s.  I even used to hound my mum to drive me past the lead singer’s house. What an odd little unit I was. 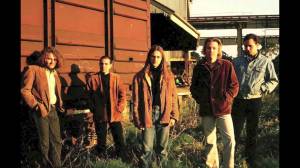 Anyway, it was at that festival that I first tried alcohol. I was 15 and my girlfriends and I had bought a bottle of half empty vodka from one of their older sisters. We had it all planned out. We would walk to the local gardens with the vodka and a bottle of orange juice and have a few sneaky drinks then walk to the festival and see the epicness that was the Badloves play for the second year.

I had two plastic cups full of the vodka/oj mix which was so strong it felt more like a punishment to drink that something I was volunteering to do. It smelt and tasted potent. I remember holding my nose just to get it down.

So what took place at the gardens that one summer night when I was a 15 year old awkward looking gal was this – sip sip, feel dizzy, giggle, vomit, go to bed, miss festival. Heart broken over not seeing Badloves. Devastation followed by a two day migraine.

My first dance with the bottle wasn’t all that fun, in fact it sucked. Since day one I haven’t really been able to handle alcohol.

From a young age I learnt that I really can only have one or two glasses, sipped slowly over the night, or I get sick. Alcohol and I are friends who turn into enemies often within one sip. 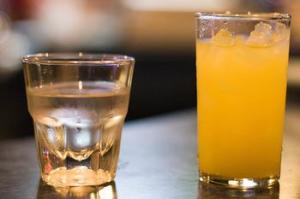 Because I rarely drink (or if I do it is only one or two), it is funny how some people take it kinda personally. It’s like if I don’t get drunk I wont be any fun or that I am somehow letting them down. Even now as a 34 year-old woman often I feel peer pressure to have ‘another’. So much of socialising is around alcohol, just have a look at your Instagram feed.

When I was 15 it was just the pressure from other kids and good old advertising like billboards to try and get you to drink. Now every second Facebook or Insta pic glorifies getting drunk. And don’t get me wrong, I know booze can provide a lot of fun (and sanity at witching hour) but now that I am a mum it makes me a little extra nervous. Are my boys going to grow up thinking that drinking looks like an Instagram picture, sun sets, tanned bikini bodies and a cold fresh beer going down their perfectly manicured faces?

I am going to be honest with my boys when it comes to drinking. I will share with them my experiences and hope to make them realise they have choices when it comes to alcohol and how much they drink. They will have the same pressure I did growing up but they will also have added social media pressure.  I know at some stage they are going to have a drink, I just don’t want them to do it in a way that they miss out on their version of seeing the Badloves… my heart still aches.