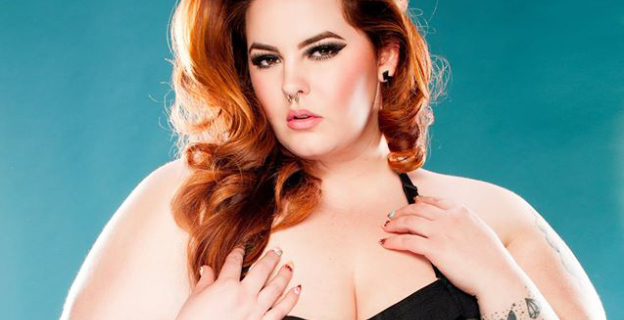 Is there anything at all offensive about this lady? Answer is NO!

This is Tess Holliday. She is a model. 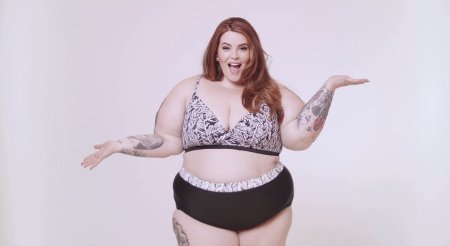 Are you offended by this picture of Tess, a size 26 woman in a swimsuit?  A woman who appears happy and confident in her own skin. Well, Facebook deemed this picture unacceptable because according to them, it depicted Tess’s body in “an undesirable manner” when used in an advertisement for Feminist community group Cherchez la Femme’s (CLF) upcoming event, Feminism and Fat.

Here’s what Facebook had to say about why Tess’s pic was “undesirable” enough to have it removed (via CLF’s Facebook page): 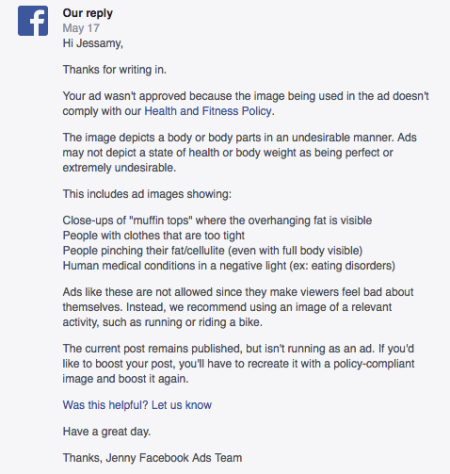 “Ads may not depict a state of health or body weight as being perfect or extremely undesirable” they said.  Hmmm. CLF is a body positive site which promotes body love and acceptance of ALL shapes and sizes. The use of the word ‘Fat’, which is often a pretty controversial one, is summed up awesomely by one of CLF’s producers, Jess, like this:

“Facebook has ignored the fact that our event is going to be discussing body positivity (which comes in all shapes and sizes, but in the particular case of our event, fat bodies), and has instead come to the conclusion that we’ve set out to make women feel bad about themselves by posting an image of a wonderful plus sized woman. We’re raging pretty hard over here – both because Facebook seemingly has no idea that plus sized, self describing fat women can feel great about themselves…”

The image of Tess has since been reinstated and Facebook says that it had been “mistakenly censored.”

Personally, I’m not a huge fan of the words ‘fat’ or ‘skinny’ to describe someone, however these women, as Jess says, are “self describing fat women.” It is not derogatory in any way; actually it’s quite the contrary. These are women who choose to use that word in reference to themselves,  a community of women who are encouraging each other to love their bodies because, not despite, the fact that they don’t look like Victoria’s Secret models.

Does a ‘plus size’ body mean an unhealthy body? Sometimes, yeah, it could. Is an underweight body an unhealthy body? Sometimes, yeah. A ‘conventional’ model body? Yep, that could be unhealthy too. The thing to remember here is that all bodies have the right to be represented, because without sounding cliched, all bodies are beautiful. They all function, they all serve a purpose and they all deserve to be showcased. The assumption that Tess’s body is “undesirable” is a pretty nasty one, but is it at all surprising? For so many years it’s been ingrained in us that smaller equals better when it comes to body size. But does it really? I remember reading an article once about young models chain-smoking and surviving on meagre amounts of food to keep their weight down. Is this any healthier or more desirable than a plus-size body? If we go by magazines and advertisements then yep, it sure is. But we’re no fools, are we? We know better than that.

The most desirable body is the one that YOU feel comfortable in. It’s the body that makes you feel healthy, that makes you feel sexy and that gives you the confidence to rock your life the way you choose. ALL shapes and sizes need more airtime via social, print and mainstream media to tell the world that whether you’re a petite bombshell, a plus-size vixen or somewhere in between, you’re beautiful and deserve to be seen and more importantly, be celebrated.

What do you think about Tess’s picture being removed by Facebook?