What a baby-loving world we live in.

With slings, papooses and Baby Bjorns, it’s never been easier to pop out a bub, strap it into your contraption of choice, and head out to Saturday brunch as per usual. Libraries, cafes, galleries, sport stadiums – there really aren’t many places off limits.

I went everywhere with my baby. We went market shopping and to the hairdresser. I breastfed him at the table while scooping dumplings in Chinatown.

On warm days I’d stroll to the local, have a beer and write for Show + Tell, all while he napped in the pram beside me. I felt comfortable and confident with my little sidekick.

By some stroke of bizarre biological trickery, my cute and portable baby got bigger. He kept growing until he was one metre tall and quite noisy. I was in denial about what these changes meant. Firm denial. Until one night, when I attempted the Casual Drinks Pop-In with my growing boy.

A friend was having a birthday party at a bar. Not a restaurant bar, or a family pub, or a café that serves wine. A proper, grown-up, Chesterfield couches and espresso martinis kind of bar. My partner, who usually co-wrangles, was away for work. No matter, I thought. I got this. I packed sultanas, cheese, a few books and our least annoying talking toy. 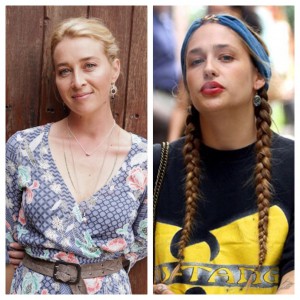 It was already 7:30pm. Typically bath, Spot and bed time. But what the hell – it was Friday! I had lipstick on and was dying for a drink. In my mind I was a supremely modern woman; Season 6 Nina Proudman meets Jemima Kirke. Cool earth mama, chic and effortless. Balancing a dazzling social life and motherhood with ease.

From the moment we stepped out of the car, I had a feeling. My son was cranky, unsure, and confused. ‘Up, up, UP!’ he demanded. I carried him inside the busy venue and was greeted with the always encouraging, ‘awww, what’s WRONG with him?’ Top start.

Upstairs, there was a designated party area. I plopped him in an armchair, unpacked Buzz, and we sat for 3 seconds. Then he was off. He wanted to run.

He’ll tucker himself out, I thought, inches behind him as he bolted for the balcony. He wanted to climb. The stairs were old, narrow and dark, but he needed to go up and down repeatedly. The aggravated waitress attempting to carry canapés from the kitchen gave zero shits about my offspring’s ambitions. 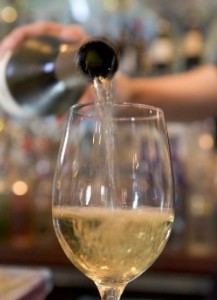 Conversation was impossible. I gulped desperately at a $13 sav and attempted to talk to people using only one eyeball while the other one watched him scoot around the pool table and smear cheese on everyone’s pants. Desperate to feel in control, I over-eagerly chatted up a stranger at the bar who, it turned out, didn’t even know the birthday girl. I spent 6 minutes intently listening about her job in marketing for an Energy company before excusing myself with, ‘I really want to hear more about programmatic ad spend, just give me oooooooonesec…’as my kid took off down the stairs again. I tramped down after him, breathless and shaky in my ridiculous suede booties.

As he weaved through the packed candlelit tables, I finally saw it. He was not a baby anymore. A two-year-old was running through a bar at night, and he belonged to me. The after-work hipsters were getting loose and loud. Bearded babes with full sleeve tats were smoking out the window. People were on Tinder dates. This was not cool. I am not cool.

I suddenly felt like a complete dick in my kaftan top. Deeply embarrassed, I quickly packed up our dino backpack and we slunk out. But I was more than embarrassed, I was ashamed. I let my son down by not putting his needs first.

Back home by 9:10pm, the monster was tucked in with many kisses and a very sincere apology. I went to the bathroom to splash some water on my face and flush myself down the toilet in shame. There’s no permanent damage, at least not for him. Two years of being toted around like an accessory has made him flexible and resilient in a deeply impressive way.

When I get invited to bars now, I usually don’t go. But once in a while, I’ll put on some lipstick and nip out for an hour or so, alone. ‘Look at you, you’re such a cool mum!’ my friends say.

And I totally get it. That’s the fantasy. It’s just not all that easy.

When did it hit you that your baby was a toddler?