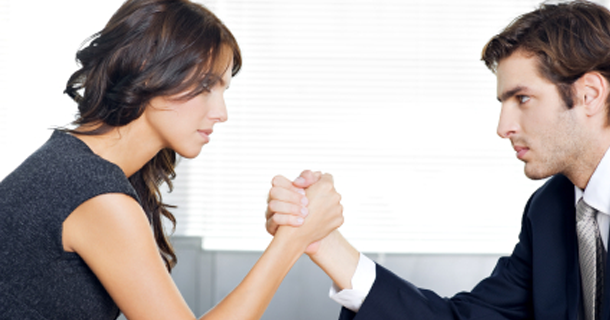 Are women oping out rather than leaning in?

A post on LinkedIn about women in the workforce popped into my inbox this week. It left me feeling equal parts sad and annoyed.  It’s from Nic Hopkins – Editor of Commercial and Digital Development at The Australian newspaper.

Take a read for yourself…

Is it a question of leaning in, or not opting out?

I hear that refrain a lot, and I’m sure it’s the same everywhere but it seems particularly true at the intersection between media and technology. There are plenty of people who claim to be able to do something that, in reality, is beyond their capability.

And it’s not made any easier by a peculiar tendency among women – and it is almost always women – to opt out when put under a little scrutiny because they don’t think they’re good enough.

Here’s a true story: Recently I advertised for a role and received about 35 applications. Of those applicants I particularly liked the look of about nine, and among them was a young female candidate whom I had been told to look out for by a mentor of theirs. “She’s excellent, very smart, very capable,” I was told.

So I asked our recruiter to let them all know that we would be bringing them in for an interview, and in addition we would be asking them to complete a few specific tasks to demonstrate their abilities.

The point of warning them about the practical test was that I was hoping that some of them would self-disqualify – see exactly what we would be asking them to do in the role, and realise that they didn’t have the right skills.

Of the nine, five confirmed that they would be able to complete the tasks, and four said that they wouldn’t. Of the five who opted in, all were men. The young woman was among the group of four who didn’t: “I’m sorry,” she told our recruiter, “but I don’t think I can do what you’re asking me and I don’t want to waste your time.”

Looking at her skills and limited work experience – this is a junior role – I wasn’t sure that I believed her. And based on the original advice from her mentor, I thought there was a good chance that she was wrong. So I asked our recruiter to suggest to her that she might reconsider. Actually, I said that I wouldn’t take no for an answer, because I had a sense of what was happening: She was opting out. She didn’t have the confidence in herself to do the job.

My wife is a recruiter, she interviews hundreds of people a year, and she says she sees this a lot: It is a huge generalisation but, in general and in my experience, men will often push for a job that is just out of reach while women, too often, will opt out because they lack the belief in their ability to do it.

I’m sure there are plenty of valid reasons for this, spanning society and culture and education and even maybe genetic programming. Whatever the cause, it’s something to look out for the next time you’re looking to hire someone: Don’t let good candidates opt out for lack of self-belief. That applies to both men and women, of course, but it seems far more prevalent among women.

Back to our hiring process: The interviews were conducted, all candidates answered our questions and completed their tests. Most of them did fine, but there were two clear stand-outs. The best one was offered the role, and has just accepted.

She starts in a month.”

Man. This highlighs a big problem. If he hadn’t insisted she apply for the job and make a stand for her to ‘lean in’, she would have missed out on this role. All because she didn’t believe in herself. Yet all the men did. So, it begs the question,  are women really less self-assured than men?  I mean, we make up half the workforce and we are closing the gap in middle management and increasing our numbers on boards each day. Sure, there is still a long way to go but we are making headway, so what is holding us back? 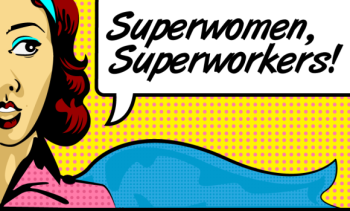 If I am being really honest, I may be too far the other way at times. I am confident when it comes to my career…not so much at life, that I am still figuring out.  But when it comes to my  profession, I believe in myself. I am more inclined to fake a confidence for a role I know I could do if given the opportunity and then figure it out later. Fake it ’till you make it I say. Thats okay, isn’t it? (lucky my profession is in media and not surgery).

I didn’t think I was alone with this mentality but but after a quick survey of my girlfriends it appears not everyone is on the same page as me. Many said if they were in the same situation as the above woman, they too would have opted out.

Surely, it’s time for women to understand our potential and believe in ourselves enough to close the confidence gap. Come on, we got this ladies!