Geez Louise, women ROCKED 2015 didn’t they? Anyone who ever questioned the smarts, strength and downright freakin’ awesomeness of the ladies were in for a schooling this year and these top ten moments made us proud of them, proud of us, and proud to have a glorious vagina.

Check out our favourite role models of 2015… 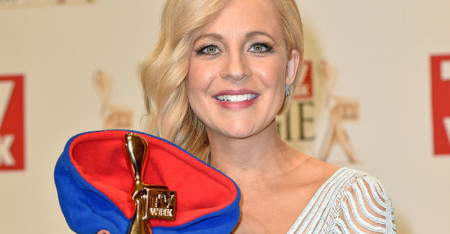 She’s pretty incredible, our Carrie, and 2015 had been an AMAZING year for her both personally and professionally. Continuing to co-host The Project, she also welcomed her new little baby girl, Evie, won her first ever Gold Logie AND most importantly, used her air time to gain awareness for brain cancer, the disease which claimed her husband Greg Lange in 2010.  Carrie’s Beanies for Brain Cancer was launched this year, which aims to raise money to fund much-needed research into brain cancer. 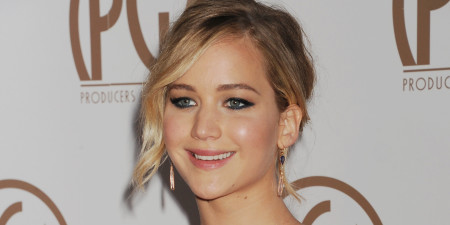 Could Jennifer Lawrence get any better?

Our favourite actress, Jennifer Lawrence, has not only killed it on the big screen this year with films like Joy and Hunger Games: Mockingjay Part II, but she has been an outspoken advocate for gender equality. Writing for Lena Dunham’s newsletter, Lenny, following the Sony hack which revealed how much she made in comparison to her male co-stars, J-Law made some high-five worthy statements.

“When the Sony hack happened and I found out how much less I was being paid than the lucky people with dicks, I didn’t get mad at Sony. I got mad at myself.

“I failed as a negotiator because I gave up early. I didn’t want to keep fighting over millions of dollars that, frankly, due to two franchises, I don’t need.”

“I’m over trying to find the ‘adorable’ way to state my opinion and still be likable! Fuck that. I don’t think I’ve ever worked for a man in charge who spent time contemplating what angle he should use to have his voice heard. It’s just heard.” 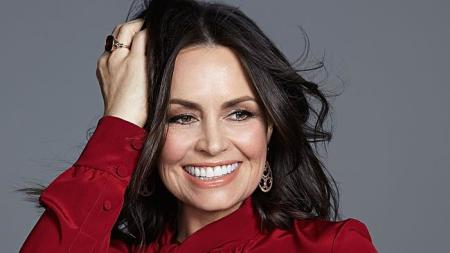 Seriously, does any one NOT love Lisa Wilkinson? This woman rocks our socks off for several reasons – professionally, she has had an INCREDIBLE magazine career,  is the much-loved co-host of the Today show, and was this year made Editor-at-Large of Huffington Post Australia. Personally, Lisa is also a devoted wife and mother to her hubby Peter FitzSimons and their three gorgeous kids.

Above all, we love Lisa not just because of her professional achievements, but for her commitment and support of issues such as gender equality, domestic violence, women’s rights and other social justice issues.

Lisa recently spoke at the rally in support of Allison Baden-Clay and the shocking downgrade of her murderer, husband Gerard Baden-Clay’s sentence from murder to manslaughter. If you missed it, this clip epitomises all that Lisa is about: 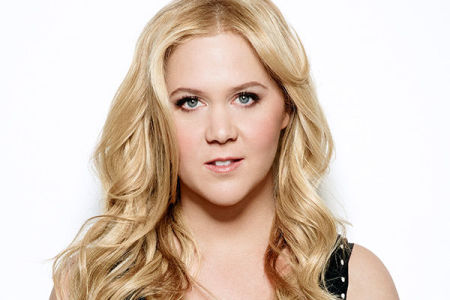 2015 was undoubtedly the year of Amy Schumer.

Amy’s unique ability to incorporate serious issues, most notably the importance of equal rights, body image and feminism into her comedy with such side-splitting results that we are often left in nose-snorting, coffee-spraying fits of laughter, is where Amy’s true genius lies.

2015 saw Amy debut the movie she wrote and starred in, Trainwreck, in addition to being featured as one of Time Magazine’s 100 Most Influential People and one of Barbara Walters’ 10 Most Fascinating People of 2015.

Amy also became an advocate for stricter gun laws and increased funding into mental health following a fatal shooting at the Louisiana premiere of Trainwreck.

2015 was also the year that we had Amy Schumer On The Couch and she was GLORIOUS. If you missed it, check it out here. 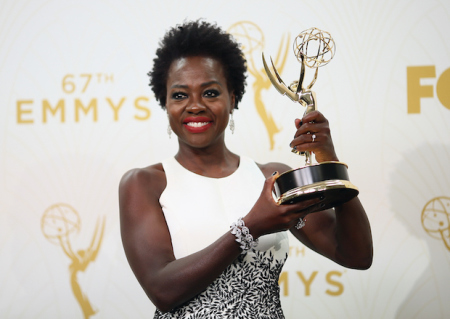 This acting marvel became the FIRST black woman to receive an Emmy for Best Lead Actress in a Drama for her work on How To Get Away With Murder.

Viola used her acceptance speech to make some spectacular and hugely important points that left us high-fiving our televisions, with the killer quote, “The only thing that separates women of colour from anyone else is opportunity.” In addition to that, Viola also used her time to pay homage to fellow actresses who have paved the way for her and many others. What a woman. 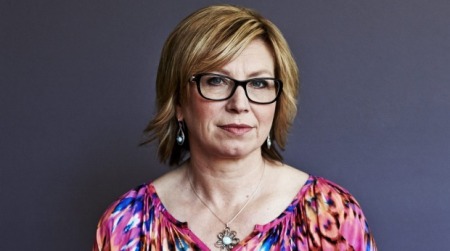 For the most tragic of reasons, Rosie Batty has become the most respected and important voice in exposing and publicly fighting against domestic violence. It’s for this reason that Rosie was named 2015‘s Australian of the Year.

In 2014, Rosie’s son Luke was murdered by her former partner and Luke’s father, Greg Anderson. Since that time, Rosie has worked tirelessly to demand further services to assist victims of domestic violence, in addition to getting children out of detention.

This is one woman, who during a time that would have brought many of us to our knees, has risen to triumph over the most terrible of crimes in her quest to make life better for others. We can’t think of anything more inspiring than that. 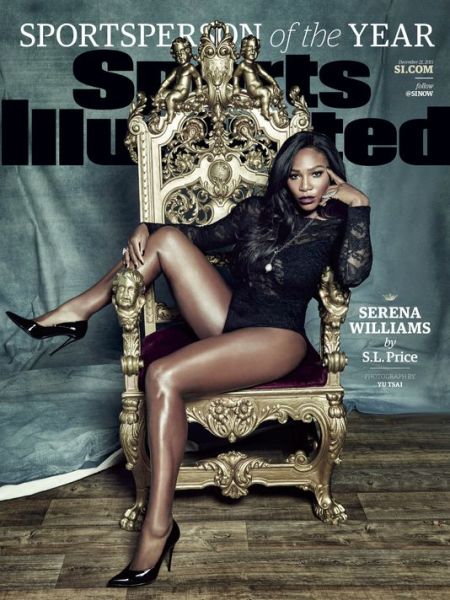 Serena Williams looking AMAZE on the cover of Sports Illustrated

Earlier this month, the powerhouse that is Serena Williams featured on the cover of Sports Illustrated after being named their 2015 Sportsperson Of The Year; an honour that has not been given to a single woman since 1983.

Featuring on the cover, Serena looks every bit the woman she is – sexy, capable, confident and STRONG. She is an absolute leader in her sport, with 21 Grand Slam titles under her belt, and has battled through sexism, racism and classism only to emerge who she truly is….a GODDAMN QUEEN. 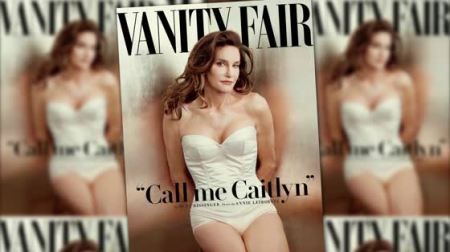 July 2015 saw the emergence of Caitlyn Jenner, formerly Bruce Jenner, with a stunning Vanity Fair cover (the first to feature a transgender person) that brought transgender issues to the forefront on a scale we hadn’t seen before.

Jenner’s April 2015 20/20 interview with Diane Sawyer, which took place while she was still known as Bruce and saw her openly discuss her forthcoming gender transition, became television’s “highest-ever rated newsmagazine telecast among adults 18-49 and adults 25-54,” and was watched by a record 20.7 million viewers.

Caitlyn’s bravery after “a long struggle to be living my true self” served as an inspiration not just to the transgender community, but for people everywhere. 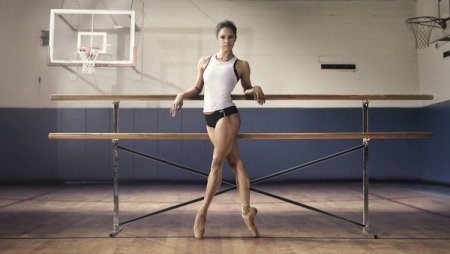 2015 has been a BIG year for ballet dancer Misty Copeland. Not only was she named one of Time’s 100 Most Influential People in the World, on June 30, Misty made history as the FIRST African-American woman to be promoted to principal dancer for the American Theatre Ballet – The first in their 75 YEAR HISTORY!

This year, Misty was also named one of Barbara Walters’ 10 Most Fascinating People of 2015, one of ESPN’s Impact 25: athletes and influencers who have made the greatest impact for women in sports, and one of Glamour’s Women of the Year. 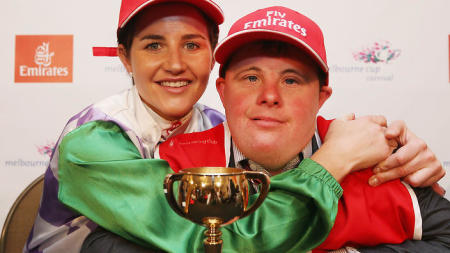 Michelle Payne, with her brother Steven, gave us the year’s best quote

The Melbourne Cup was elevated to a whole new level this year when Michelle Payne became the FIRST female jockey in the Cup’s 155 year history to win the race on Prince of Penzance.

Michelle was only the fourth woman in history to ride in a Melbourne Cup and used her win to highlight the need for more women in the industry and the big gap between male and female jockeys.

Michelle’s amazing journey and strong family ties, particularly with her brother Steven who works as a strapper for the horse, made us love her even more and serve as an inspiration to people everywhere.

She also provided us with possibly the best quote of the year – “I want say to everyone else, get stuffed, because women can do anything and we can beat the world.”

Who has been your favourite woman of 2015?