A HILARIOUS look at the insane expectations put on working mums

For as long as I’ve been a mother, every year I have made my kids birthday cakes. By no means am I a master baker by any stretch, but it’s become a little tradition in our family that my daughter and son decide what theme they want and then sit alongside me while I try my best to form flowers or superhero logos out of fondant.

Last month was my daughter’s eighth birthday and for the first time in her short life, I didn’t make her birthday cake. Instead, I rushed down to the local cake shop to pick up her made cake – and I felt like a failure. She didn’t really give two hoots as long as it was a) sugary and b) colourful, but in my mind I’d dropped the ball. For a week after her birthday, I felt so down on myself for not pulling it together enough to give her what she (or I?) was used to. 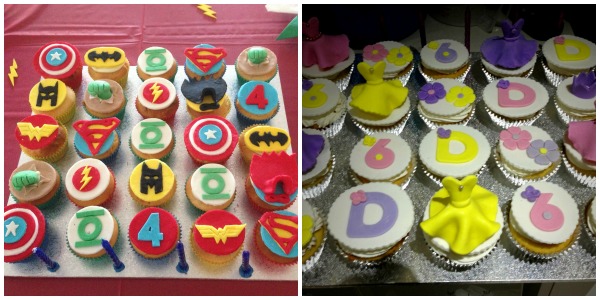 Some of my former handy work. TOTALLY bragging.

And then I woke the fuck up and stopped being so bloody ridiculous.

I didn’t make my daughter’s birthday cake because I was WORKING, not because I was lounging around drinking champers on the couch all day. I was working so I could afford to buy her the gifts she wanted, to be able to send her to a good school and of equal importance, because I love my job. Work and life both bring pressure and responsibilities and many times, something has to give in order for you to be able to cope. That week, it was my daughter’s birthday cake. Sounds simple enough, right?

As mums, it’s not so simple all the time. We are constantly feeling like we’re not doing enough in some area of our lives, whether it be as mothers, as partners, as employees or daughters or friends – and I say it’s time we call bullshit on that. We can’t be everything to everyone all of the time. It’s something we all know, but can be much harder to wrap our own head (and conscience) around properly. So let’s just stop trying to get the perfect work/life balance, because I don’t think it really exists.

There will be days when you are nailing it at work, when you’re on top of it all and your boss is singing your praises from the rooftop. There will also be days when you can spend as much time playing with your kids as they want, when you can make cupcakes and have a dance party in the lounge room with them; but the expectation that these days will coincide on a regular basis is just too much to ask. And it’s time to take the pressure off.

This hilarious parody totally nails the expectation of work and family balance for the modern working mum. Share it with a woman in your life who needs a gentle (but funny) reminder that more often than not, work/life balance is total bullshit; you just do the best you can in the moments you have and it’ll all work out. Promise.