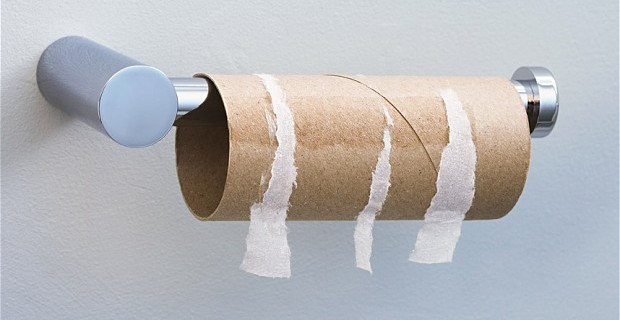 Workplace poo’s – is it ever okay to do one at work?

Okay so let’s get one thing out of the way – number 2’s are a normal, essential, healthy part of life. I get it.  That is not what I am getting my knickers in a twist over.

What I’m talking about here is – Workplace Poo’s – more specifically, in the office.

In my opinion, the workplace toilet should not be your go-to.  Unless you are struck down with chronic food poisoning because you ate week old leftovers and it’s two days before pay day, then you are allowed to have one emergency visit.   After that, get the hell away from me and take your tap-ass with you.

I have a friend, let’s call her Sally* who suffers from IBS [totally self-diagnosed, but we let her roll with it], she can go number 2 anywhere.  She has NO fear.  None.  In fact, she is so proud of this skill that quite often I will receive texts outlining exactly how badly she destroyed any number of local public bathrooms at the hospital she works at.  I mean she works in health for Gods sake!  This woman should know better.

Another friend swears by his “10.30” – he makes no secret of having a morning coffee with his colleagues as they recap on the previous night’s Masterchef and all the time he is “brewing” his “10.30”.  He knows it, his colleagues know it – once that clock hits 10.30am he calmly rises from his desk and makes his way to the stalls.  It is a well-known fact to not invite Tim* to any meetings circa 10.30am as it will guarantee a no-show. 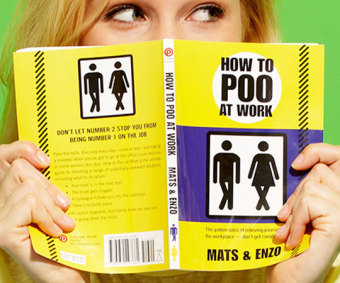 Save yourself the read, just don’t do it.

At my own place of work I have the pleasure of sitting within eye shot of the mens john, the can, the little boy’s room, the crapper – or as some men would like to see it referred to as; “The Throne”.  I have even spotted some men strolling in there whistling as they go with the paper neatly tucked under the arm IN FULL VIEW OF THE OFFICE.  Like it’s their own personal study cubicle at the State Library. Seriously.  Spew.

At a previous place of employment there was a generous number of toilets on every floor, the only problem – the walls between each lavatory had such a large gap from the floor you could almost see your neighbours knees.  I’m sure you can agree, this is not conducive to a productive pooing session [commonly referred to with friends as PPS].  There was however an oasis all the way down on Level 2 – you see that floor was sort of like the engine room of the company – and it was nearly at 100% male occupancy.  Which meant that the female toilets were always empty and clean – plenty of time for your Productive Poos Session if the time called for it.  It became folklore and after a week or so, any new starter would be given the “talk” – Level 2 is for poo.

My feelings are so strong on this topic, I have been known to ask my boss if I can go home at lunchtime for some PPS. At first I told little fibs, the real estate agent needs to come and look at the oven, I have a specialist appointment – eventually it has just become a knowing look and then off I scoot for 30 mins.  When I share this with friends there are typically two reactions, the first one is usually a mixture of shock and pity – the second reaction is basically a love fest for how amazing my boss is!  Can I come and work there they ask me!  These are my people.  They get it.

In conclusion – sort out your poo schedules people – because work toilets are not for poos.

*For some reason I changed names – when in actual fact all I want do is shame these filthy animals. Also, anyone have a contact at Glen 20? They should really look at handy travel size cans – there is definitely a market in that.

Do YOU poo at work?